The fact is that we have a choice as to what we carry around with us in life. We act like we don’t, but we do. To explain dysfunctions (any of the myriad of ways our dysfunctions are manifest), we use excuses that put the onus of responsibility (blame) upon things well outside of our realm of control; things like people and events.

You’d be a little angry too if you grew up in the home I grew up in.

You’d be a little distrustful too if you were married to the person I was married to.

You’d drink like a fish too if you had the example I had.

It is a fact of life that there are people who did us wrong in the past. We could not control them or what they did back then, any more than we can today. The choices other people make are not – and have never been – within our realm of control.

So, carrying around a backpack of decades of blame to explain why you are incapable of a better life and why forward progress is impossible now is not merely unproductive; it is foolish. To make progress you have to put it down. 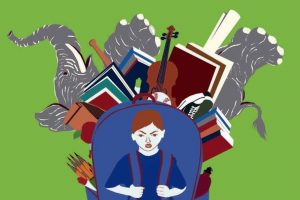 Perhaps you have seen one of those reality shows that highlight the odd habits of hoarders. These are people who live solitary lives in homes that are filled with… things. I have watched a few of these shows and I have thought to myself, It is just junk. It makes no sense. Why do they fill their house with all that stuff?! It is just junk!

And yet, in a very real sense, I have to admit that I, too, am a hoarder. You are too. We are prone to internally hoarding junk in the form of condemnation; guilt and shame for all kinds of past mistakes and garbage, some of which we were not even directly responsible for. You know the kind of rubbish I am referring to.

I know someone, Melissa, who, when she was 12, was at a store with a friend who shoplifted. Melissa did nothing wrong, but her friend was seen pocketing cigarettes (in the days before they were kept behind the counter) and they were both detained by store security, and she was treated the same as her friend.

For many years she subconsciously carried around guilt for being in the wrong place at the wrong time, guilt for not stopping her friend, guilt for even being friends with someone like that. She felt shame all that time because she had wrongly accepted the premise that she was somehow a thief because of that single dumb incident.

The above is a relatively innocuous, though realistic, example of the kinds of unproductive things we can hoard in our heart. More debilitating, though, is the mental, emotional, and spiritual fallout experienced by someone who suffered any of the various forms of abuse as a child. It is internalized. The victim accepts the blame. The victim believes lies about their identity. They carry that stuff around.

The adult victim of childhood abuse often becomes an abuser themselves, or, on a minimum basis, continues the victimization by accepting as true all kinds of heartbreaking conclusions (lies) about who and what they are and what they do and what they do not deserve in life. 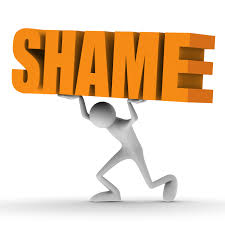 Similarly, Children of divorce too often accept the premise that they were somehow the reason for the family fractures. Or they think could have done something to keep their parents together. Or they hoard anger toward their parents for not working hard enough to keep the marriage – and the family – together.

Be a fly on the wall at any tenth, or twentieth, or thirtieth high school reunion and you will hear it and see it; old resentments that are still alive and well.

A guy whose knee is still stiff because he got tackled with much more force than necessary in practice one day. The injury ended his senior football season, and any hope of a scholarship, before he got to play in a single game. He still hates the fellow who, he says, purposely tore his meniscus.

Maryanne, is now a grandmother of four loveable little balls of energy. She has been happily married for twenty-eight years and loves her husband dearly and cannot imagine life without him.

When she was a sophomore in high school, someone gossiped about Maryanne. Some of the gossip was true, some was not. It led to the breakup with her boyfriend at the time. Had that not happened, she would not have become friends with Mark who eventually became her marvelous husband. In spite of this, she still will not speak to the girl who gossiped about her almost thirty-three years ago. Instead of having a larger view of the event and being grateful for what happened, she has decided to hoard resentment.

In Part 3 we will wrap this up and bring it all together with the last question we ought to ask ourselves from time to time or order to help blast through some of these real-life obstacles.

The ancient Roman philosopher, Horace, wrote that “It is the false shame of fools to... Read More

There are some people who aren’t happy when you blast through life’s obstacles. Conversely –... Read More

Ted was sexually abused multiple times over about a three year period when he was... Read More

What if I told you that I have a tool that, when used, will help... Read More