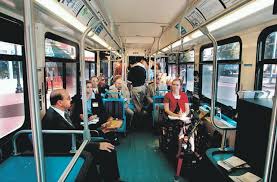 WARNING: Some of the following may, to some readers, come across as politically incorrect and, thus, insensitive and even unkind. Also, be prepared to read a couple, possibly obnoxious, generalities. I won’t apologize for either. Just letting you know.

When I was a sophomore in high school, I wasn’t driving yet, so I had to rely on other means to get from place to place. At that age, a young person is beginning to explore the boundaries of an increased measure of independence granted by parents who see that it’s been earned. While getting a little older means more responsibilities, it also means more freedom to go here and there without supervision. One of the “outlets” I chose as a way of “exploring the boundaries” at that age was that I found a certain sense of adventure in riding the bus.

Ah, public transportation. I heard somewhere that at any given time, there’s at least one crazy person on the bus. For the most part, my bus riding career proved that out. Anecdotal, but still. [I would add to that observation with the following helpful enhancement: if you find that you’re the only passenger on the bus, get off immediately. (If you’re not crazy, that means the driver is the crazy one!)]

Male teenage passengers hope cute girls about their age will sit close to them. Conversely, they hope the crazy passengers find a seat far from them, hopefully somewhere in front of them so that the craziness remains within eyesight as a source of entertainment… and for safety reasons it’s just common sense to be able to see nearby crazy at all times, as opposed to having it go on behind your back.

And, by the way, the frequency that a fairly “clean-cut” teenage guy will see an equally “clean-cut” cute girl riding the bus: almost never (translation: never). The social realities being what they are, it just doesn’t happen. Good girls who are good looking don’t ride the bus. Strangely, that never occurred to me, so I always remained hopeful that something interesting – like what is seen in the movies – might spark as part of my bus riding adventure. It never did. Oh, well.

So, back to crazy.

A disheveled older gentleman boarded the bus, paid the fare, and quickly sat down on the seat immediately behind the driver; a bench seat that faces out toward the aisle. I remember thinking to myself that he looked like the kind of person who walks around with a pocket full of crazy so I was glad that he was sitting in front of me (I was across the aisle from him and in the second row back – distance-wise: about ten feet). Facing the aisle as he was, meant he was able to easily turn his head to the right and look at other passengers… which he did. I know that’s what he did because I was looking at him when he turned and looked back in my direction.

Oops! This guy caught me looking at him. Of course, I quickly looked away when we locked eyes. Okay, no big deal. It happens all the time.

Aren’t you glad for social mores? It’s so nice to have unwritten rules that govern our various casual interactions. Little universally-understood imperatives for helping us avoid embarrassment or awkwardness at all costs. One of my favorites is when two people who do not know each other are approaching each other on a fairly quiet city sidewalk.

What do they do as they approach each other? Nothing. The folkway for that situation has us act as though the other person isn’t even there. Nothing is said… until, that is, a certain precise moment. The timing is remarkable. At the exact right moment one person says, “Hello” or “Good morning” or whatever, to the other person. Again, the timing is so very important. If it’s done right – and it generally always is – the other person now has exactly enough time to say “Hello” or “Good morning” or some other common courtesy in return. 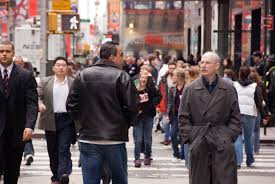 We generally understand that the “pain” of a one-second risk-free interaction with a perfect stranger is less severe than the “pain” experienced by the total awkwardness of walking within inches of someone on a quiet sidewalk without uttering a word. So, someone says something to relieve that pressure. Hurray for social mores.

Hurray for universally-understood unwritten rules for helping us avoid embarrassment and/or awkwardness. Aren’t you glad that everyone knows that under no circumstances is it “okay” to purposely create awkwardness and embarrass innocent strangers, especially in front of other strangers?

Well, the disheveled older gentleman who got on the bus and who I happened to look at; he wasn’t aware of any of this business about mores or folkways or social rules. Today, I laugh about what happened next – and I love to share it with others because it is so, so very strange – but in the moments as it was unfolding, I was just this sixteen year-old kid thinking, ‘What the heck?!’

I looked away. No harm done. Awkwardness averted. Ten seconds tick by. I start thinking to myself that it’s getting to be about time for a follow-up glance. As I was thinking that, I started to get this uneasy feeling; a feeling that, if put into words, was telling me “Don’t look over there. DO NOT look over there.”

I wish you could be there with me to see what I saw.

The guy apparently had not looked away when I did. When he saw that I happened to be looking at him, he stared back. And he was still staring at me. Intently staring. Actually, it was more of a glare. He was obviously waiting for me to look back at him because he had a message for me.

Talk about universally-understood? He was holding up a universally-understood signal at about eye-level. I wouldn’t call it sign language. It was just one finger; the middle one, of course. And he used the style of “flip off” where all the other fingers are sort of pulled back so as to accentuate the longest and single remaining freestanding finger on his hand. He held it out there almost like it was a weapon.

This time I didn’t look away. This time there was something happening and it was directed at me, so I couldn’t look away. Being that most of the other passengers on the bus, who would have clearly seen this, were sitting behind me, I had no idea what they might have been thinking – what did that kid do to provoke that old guy? – and they had no idea the expression that must have been fixed on my face.

Imagine that your waiter is bringing out a heavy tray of food, including beverages, for your whole table. The restaurant is crowded. The waiter stumbles just a little on someone’s accidentally protruding foot and the tray crashes to the floor. The waiter isn’t hurt and miraculously none of the mess gets on anyone… except you. The expression of total shock and embarrassment on your face that seems fixed in place for an inordinate length of time: that’s the look I had on my face. 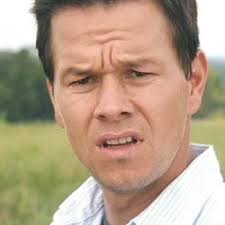 What in the heck?!

Still staring at me, he reached up and pulled the chord above the window behind him to signal the driver to let him off at the next marked bus stop. He didn’t stop staring at me! I couldn’t stop staring back! I just couldn’t. It was like he had some kind of stare-back tractor beam fixed on me. The situation was so beyond-belief-bizarre that I couldn’t look away.

The bus stopped. He got off. Literally the moment he stepped off the bus and the door closed behind him, he turned around and faced me again! I was sitting by the window and he was tall enough to see me. As soon as we locked eyes again, he hoisted the same finger, again. And as the bus pulled away, I could see him mouthing the words, “This is for you, buddy. This is for you.”

I watched in total disbelief. As I turned my head behind me to watch the guy until he was out of sight, I could tell that the other passengers were watching me. Naturally, they all looked away when I looked in their direction. All, but one fellow.  He was grinning ear-to-ear and shaking his head. “What did you do to that guy to offend him like that?”

That question sort of broke the ice of awkwardness with the others. I said that I honestly did not know. A few people chuckled. Others just shook their heads. We all agreed: that was absolutely crazy.

I think we all agreed about something else. What happened was not personal. The old guy was just a little bonkers. I was so relieved to get the sense that the others understood that I had not done anything to provoke that inexplicable outburst. It could have happened to anyone else; it just happened to be my reverse fortune to be on the receiving end of his aimless ire.

The same is true for all of us more times than we even know. This is why it is important for us to keep the phrase ‘It’s not personal’ as close to hand as possible. Instead of being offended by what appears to be an unfair attack, be ready to jump to a different conclusion: It’s not personal. 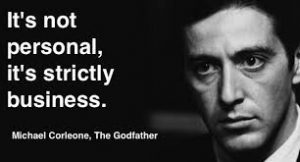 If the situation seems just a little too out of place, the negativity seems a little too out of the blue, and out of character and even out of context for what is being said to you, instead of assuming the worst, assume the best. Assume the person is having a crazy day. Assume they don’t know that they don’t know all the facts. And remember that the next time you do the same thing to them, you’ll appreciate any grace they extend to you. That’ll help you model it for them right now.

Remember that grace is only seen and experienced in moments when it is called for and is never in evidence when it isn’t.

And keep that phrase close at hand. Practice it often. It’s not personal.

“Look, I didn’t mean to start an argument. And I don’t know why you’re all... Read More