Q.            I have a cousin who generally doesn’t forgive, but he also generally doesn’t ever apologize either. He’s a pretty likeable person. But instead of forgiving someone, he just writes them off and doesn’t speak to them, and he also does not take correction very well at all, and that’s not very likeable at all. Rarely forgiving others, if ever, and rarely apologizing, if ever: are the two related?

A.            They are related in the sense that a person who generally doesn’t forgive, generally also finds it hard to apologize or be gracious when being corrected. Your cousin is not unique in this regard. Lots of folks share these two characteristics. These two attributes are also related in the sense that both usually come from the same faulty belief and “life rule” that stems from some negative experience in the past, often from childhood.

Admitting when I’m wrong is a sign of weakness.

I must show myself to be confident and competent at all times. If I forgive others, or if I admit that I was wrong, or if I ask for help, I’m really admitting that I need others or that someone else can get some of the credit when the goal is accomplished. I will not – I must not – allow that to happen.

Unless a person becomes aware of the unwritten rules (like the one above) that have been sitting in their subconscious like a computer program, instructing the person how to behave under certain circumstances, they certainly won’t take the next step.

The next step, after becoming aware of the beliefs and the unwritten rules that come from them, is pretty straightforward: question those beliefs and rules.

Ask yourself whether this particular belief and “life rule” is based upon actual, real facts; if it accurately reflects reality; if it has been producing good results; and if it is contributing to a better life. This should be done with any and all personal beliefs you have – the subconscious ones that wander across your conscious mind from time to time, usually whenever you think about historically problem areas in life like money and relationships.

If the answer to those questions is anything other than an enthusiastic YES!!, then question that belief and the unwritten rule that you created as a product of that belief. You owe it to yourself to bring that belief under a serious cloud of doubt. Put that belief on trial! It should rightly be accused of deceiving you into bringing good things into your life, when all it has really brought is the kind of stress and unhappiness it promised to protect you from.

I’ve seen people who have lived all their lives by the exact rule that you see above, and who, once they looked at the rule on paper and realized the negative life experience the underlying belief came from (that produced that rule), were able to eliminate that belief within a five minute time span. They were then immediately able to both forgive others and ask others for forgiveness for all kinds of past junk.

Unfortunately, in the case of a person who generally doesn’t forgive and who generally also finds it hard to apologize or be gracious when being corrected, the kind of introspection necessary to confront the limiting beliefs that created such rigid rules is very rare.

If you’re committed to helping this person – or anyone who has some beliefs and life rules that represent real obstacles for them – here are a couple good rules to follow:

1) love that person unconditionally and without judgment (you never influence a person in a postive way by nagging — among other things, unconditional love means don’t nag).

And 2) become a student of the following books so that you’ll know how to bring up tough topics without endangering the relationship:

Leadership and Self Deception by the Arbinger Institute

UNESCO is an agency of the United Nations. It was formed to “promote the exchange... Read More 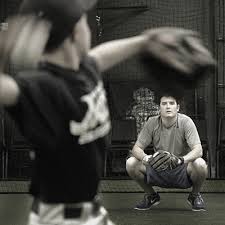 Experience Is The Way to Become an Expert At Anything. Right? What does it take... Read More

Forgiving a Monster This, like Part 1, has the Q & A in inverse. In... Read More