Q:           Why do so many people struggle with letting go of the past and forgiving others?

This misjudgment badly skews reality. It sets up a very flawed outlook on other, current or future, relationships, which sets in motion a pattern of more brokenness and unforgiveness. 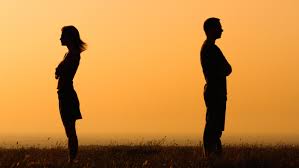 If I’ve judged what someone did to be such a personal affront that I am offended to the point of not wanting to forgive them, I have not only determined that that person is not worthy of being forgiven, I have created an unwritten standard that others must follow if they want to be in good standing with me. And if they don’t meet that standard, I’ve already established that I am willing to write off relationships that I feel aren’t serving my interests.

Each time I do this after the first time I’ve done it becomes easier than the last time… which is why it is so important that I don’t start this vicious cycle in the first place. It’s a dangerous way to manage a life that I say I want to be deeply satisfying. It is simply an unworkable incongruity. Refusing to forgive even one person simply does not stop there. One instance of unforgiveness cannot be isolated. It doesn’t work that way.

Once the cycle has started, you’ve quietly granted yourself permission to make unforgiveness part of your lifestyle. Still, that’s another topic for another day. We’re focusing here on misjudging.

So, in addition to this misjudgment that skews reality (leading to a dangerous vicious cycle), it also helps us rationalize. It makes us feel a little better about not forgiving. It is our way of giving ourselves permission to not forgive; a special exemption: I know I am supposed to forgive others. But in this case, I don’t have to because the other person is so much worse than me. So, I don’t have to forgive in this case.

Deep down we really don’t believe we are as good as we tell ourselves we are. That’s because we were created with an awareness that one of our purposes in life is to be a bridge-builder and in favor of reconciliation, not against it. This incongruity is a source of stress in life that can be difficult to identify where it’s coming from.

When we’re stuck in this place, we are more likely to fall into the habits of being critical of others, stereotyping others, and being more mistrustful of others than they deserve. These, of course, are all obstacles to having healthy relationships with others and with one’s own self.

So, be honest. If any of this describes you, stop misjudging those two people (the other person… and you). Neither of you are as bad, or as good, as you’ve judged them to be. If you’ve convinced yourself that you’re a better person than the person you are struggling to forgive, it is simply not fair and you know it. Your efforts to convince yourself otherwise are not working. All this outlook is doing is promoting more pain in your life, not less.

The fact is that we have a choice as to what we carry around with... Read More

Goals Aren’t Fluid, But Life Is – Part 2 In order to get from place... Read More

UNESCO is an agency of the United Nations. It was formed to “promote the exchange... Read More

It was one of those light bulb moments. A few of us were sitting in... Read More

“Practice what you preach!” Those are tough words. It is a phrase that is used both... Read More