Home / Personal Responsibility / My Plan Be

Her name is Jennifer Nachshen. She beat me by at least two years. I had what I thought was a great little idea. Nothing earthshaking; just a clever, pithy little concept for the name and topic of a blog article. The one you’re reading right now, as a matter of fact.

I was standing in the kitchen on the morning of the 4th of July (as I write, that was a few minutes ago), contemplating what to make for breakfast. I realized I’d been invited to two different parties on the lake and still hadn’t decided which one to go to. I didn’t know where I’d be going to celebrate Independence Day, let alone what to eat for breakfast! I asked myself, “What will your plan be?”

That’s when the mental light bulb flicked on. Cool! A twist on the phrase “Plan B”. It can be a post about what to do when things don’t go as planned. What’s your Plan B? Yes! The big idea: Maybe you should have a Plan B. Or maybe not! Maybe you should just plan to, well, be! 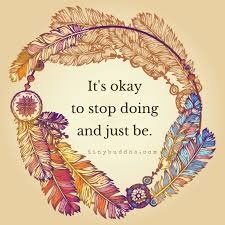 Not yet certain whether I was a wise man or merely a wise guy, I thought to Google the phrase “my plan be” and that’s when I happened upon Jennifer’s refreshing blog http://myplanbe.wordpress.com . Under the main heading of her blog, it says, “What happens when life doesn’t go as planned? Let go of Plan A. Stop planning. Be.”

She (and I’m sure many others) beat me to the punch. She dedicated an entire blog to the concept. I quickly realized my clever idea isn’t so pithy if it’s not so original. That’s okay. Miss Nachshen deserves credit as she’s written a wonderful blog and, though she discontinued it, it’s definitely worth reading. Worth reading because the idea she centered the blog around is a big time obstacle blaster if it can be adopted, loved and lived with a passion.

Stop planning so much. Quit with the goals. Be.

I will definitely be writing more on this topic in future posts, especially ones that crusade against the nonsense that is goals and goal-setting. (Yes, I said goals and goal setting is nonsense.)

So someone’s already run with my article idea and made it into an entire blog. What now?

Well, right now it’s after noon and I’m going to scramble and eat an egg & toast with coffee and head on over to Lee and Kim’s place.  And maybe Carter and Kristin’s place later! That’s the definite plan.

We concluded Part 1 by pointing out that we already know at a very deep... Read More

“Practice what you preach!” Those are tough words. It is a phrase that is used both... Read More

It’s just another day in the mind of… a mind. The average mind. There’s a... Read More

Words produce mental movies.  You are the director. Allow your mind to speak in... Read More